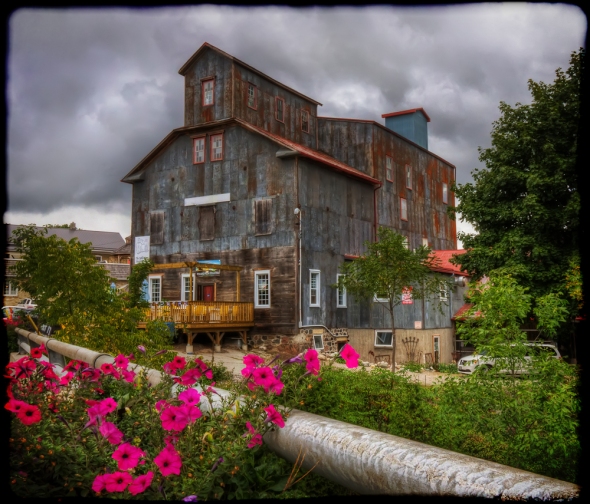 Our third stop on the Doors Open Waterloo Region tour was in the Village of Wellesley. The Wellesley Mill was built in 1856 by the Doering Brothers as a flour mill. As described on their web site “The actual structure is composed of massive timbers, which are mortise-and-tenon-jointed together with brick infill (known as half-timbering), and is set on stone foundation walls 2 feet thick. As such, it is rather rare as most existing gristmills in south-western Ontario are constructed either of stone or brick.”

It was a real treat to be able to get down and see the massive stone walls and heavy post and beam structure.  At one time the mill was apparently powered be a coil fired steam boiler which is still in the basement. There where also many interesting artifacts to be seen.

The rich textures lends itself to a more artistic and grungy approach to the processing of these pictures.

Click on a picture to bring up the Gallery

Wellesley Mill Through the Barrel 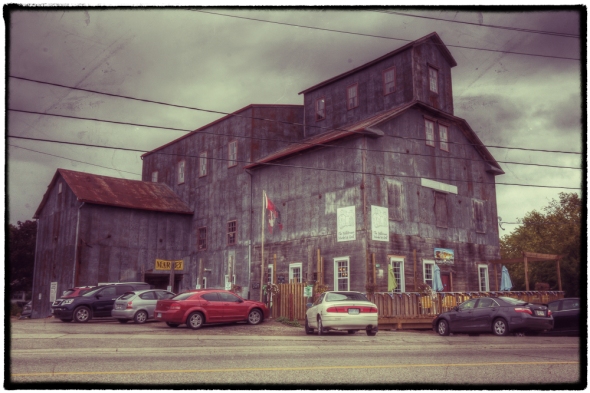 By the time we finished looking around this site it was time for lunch so we ate at the restaurant and headed back to Waterloo for our next Doors Open site. The next site is very much the opposite of this one. Stay tuned!